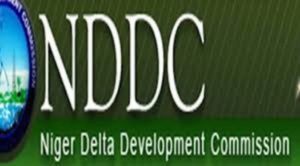 President Muhammadu Buhari has approved a 16-man new board of the Niger Delta Development Commission with Dr Pius Odubu from Edo State as the chairman.

A statement signed by the Permanent Secretary (General Services Office), Office of the Secretary to the Government of the Federation, Olusegun Adekunle, said that the appointment was subject to the confirmation of the Senate.

The statement said, “President Muhammadu Buhari, has, subject to Senate confirmation, approved the composition of the Board of the Niger Delta Development Commission.

“The interim management headed by Prof Nelson Brambaifa has been directed to hand over to the most senior director in the commission.

“The chairman and members of the newly composed Governing Board are by this release invited to the Office of the Secretary to the Government of the Federation on Monday, September 2, 2019 for proper documentation and briefing. They are to come along with their updated CVs and valid identification.”

Among the board members are Bernard Okumagba from Delta State, who will serve as Managing Director, and Otobong Ndem from Akwa Ibom, who was appointed as the Executive Director, Projects.