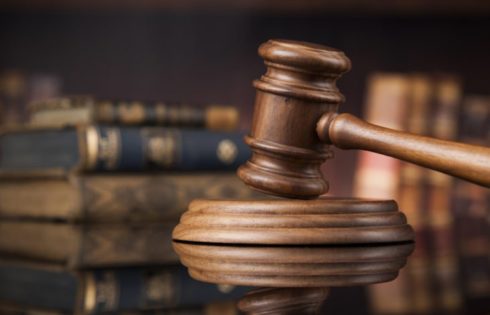 A FEDERAL High Court in Abuja has dismissed two suits filed by some members of the Kogi State All Progressives Congress (APC).

The suits were in relation to the disputes over the party’s leadership and its choice of mode of primary for selecting a candidate for the forthcoming governorship election.

The first suit, filed by Haddy Augu Ametuo and another, prayed the court to determine the true leaders of the party from the two sets two factions, claiming entitlement to its leadership.

The plaintiffs were of the view that the choice of the mode to be adopted could not be determine while the leadership question in the state chapter of the party was yet unresolved, with the pendency of the suit marked: FHC/ABJ/CS/ 581/2018.

Justice Taiwo, in the first judgment, dismissed the suit marked: FHC/ABJ/CS/ 581/2018 for being statute barred on the grounds that it was not heard within the 180 days stipulated under Section 285(10) of the Constitution.

The judge upheld the preliminary objection filed against the suit, agreed with the defendants that it was a pre-election case and held that the suit is caught by the statute of limitation as contained in Section 285(10) of the constitution.

Justice Taiwo noted that the issue in this matter has to do with the question regarding who is the authentic exco of the 1st defendant (APC) in Kogi State.

He added that it might appear not to be a pre-election matter, in that it has to do with the election of the Executive Committee (EXCO) of the 1st defendant in Kogi State and not election into elective offices.

The judge, however, held that by the Supreme Court decision in the case of APC v. Umar, the process or exercise embarked upon by a political party, such as congresses, nomination exercise, etc, are all pre-election matters or exercises.

He added: “I am bound by this decision and I cannot decide otherwise. There is no doubt that this suit was filed more than 400 days ago.

“The court ought to have decided this matter within 180 days. However, this is not the case. I find and hold that this court will be in contravention of Section 285(10), 4th Alteration No 21 Act, if it goes beyond this premise in this matter.”

In the second judgment on the case marked: FHC/ABJ/CS/833/2019, Justice Taiwo held since this suit was predicated on the first suit, which had been dismissed and it was unnecessary determining issues raised in the suit (FHC/ABJ/CS/833/2018) on the grounds that they have become academic.