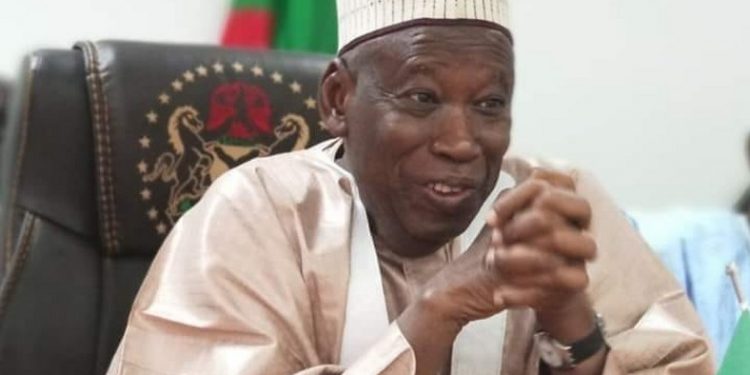 The Kano state Government has spent over N300m within two months of the second term administration of Governor Abdullahi Umar Ganduje to boost water supply in the state.

The new Managing director of Kano state Water Board, Engr. Garba Ahmed Kofar Wambai who revealed this to journalists said the Board is also targeting N300 million monthly revenue generation.

Kofar Wambai who described the water situation in Kano before assuming office as worrisome said Ganduje’s support to the Water Board within the last 47 days has paid off as water supply in Kano presently has increased by over 80 percent.

He stated that, “I am stayed only 47 days on this seat as the Managing-Diector of Kano State Water Board. I came to meet a Board that was at the verge of collapse.

“Kano people were complaining that they don’t get regular water supply. Institutions, industries and domestic users of water were all complaining. So, this really made us to get down to work, and I can tell you today that the story has changed for better.”

Kofar Wambai stated further that his team moved in to renovate the Tamburawa Water Plant and the Challawa Water Works which were hitherto in bad condition.

“I found out that Tamburawa and Challawa Water Plants which were the major suppliers of water to Kano were not in good shape.

“I personally worked with the Engineers at the Water Plants and ensured that all mechanical and electrical faults were fixed. We looked at the pipes and overhauled them so as to ensure hitch-free distribution of water across the state.”

According to him, “today, the Tamburawa and Challawa Water Plants are back to life and are working with full capacity. Tamburawa Plant supplies water from Maifuguri Road, down to State Road, Nasarawa GRA, Dakata, Gama, Kurna, Tudun Wada, Tudun Murtala and its environs.

“Challawa Water Plant is also working in full capacity, because we have repaired the recycling plant, the Second Water Works and the Third Water Works.

“You are aware that the Second Water Works supplies water to Goron-Dutse and its environs, while the Third Water supplies water to the Kano metropolitan. So we are happy that some residents have been trooping into our office to thank and appreciate us for improved water supply in Kano.”

Kofar Wambai, however, appealed to water consumers in Kano to pay their water bills as at when due so as to enable the Board serve them better.