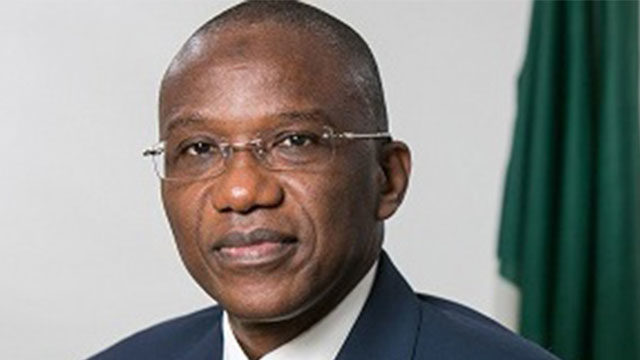 Deposit money banks (DMBs) in the country are largely responsible for the huge portfolio of over N1.79trillion non-performing loans, the Managing Director of the Asset Management Corporation of Nigeria (AMCON), Ahmed Kuru has said.

He spoke at the maiden edition of the National Credit Managers Conference organised by the Institute of Credit Administration (ICA) in Lagos at the weekend.

Citing statistics from the Central Bank of Nigeria (CBN) and the National Bureau of Statistics (NBS) Kuru said the gross loans as at the end of 2018 stood at N15.35trillion, out of which N1.79 trillion were non-performing.

According to him, AMCON’s portfolio of debt shows that only 350 companies are responsible for 80% of the N5.4trillion debt. A majority of these are politically exposed persons who deal in close proximity to power. The prominent nature of these high net worth debtors has seen them develop a recalcitrant stance to their liability, he lamented.

“A critical examination of our credit approval process reveals that there has been a lot of lending rascality on the part of creditors. We can deduce that some facilities were given ab initio without the intention of ever being repaid,” he said.

The collective irresponsible actions of these individuals and organisations as well as the lenders who extended the facilities to them have severely hurt the economy, he stressed.

“Many Nigerian CEOs and board members have mostly failed to undertake stringent investigations to determine the negligence that contributed to the collapse of the financial institutions they manage. Over the years, this weak system of oversight as well as the frail regulatory framework of operations has led to massive losses for investors, depositors and workers.”

Regrettably, he said, the nation’s financial system is the enabler of corruption as it serves as the funnel with which funds are misappropriated, siphoned and outrightly vanish.

While cautioning that banks should fight against impaired and arranged credits so that operators are held responsible for booking credits contrary to their credit policy, the AMCON boss, who was represented by Mrs. Iyatum Adode-Kobiti, Group Head, Corporate Services said it is high time banking and financial services operations begin to subscribe to the ideals and ideas of transparency and accountability in the discharge of their duties in the interest of depositors and the economic well-being of the rest of the country.