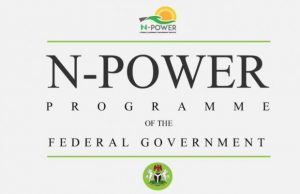 The Federal Government on Friday said it would enroll members of the Newspaper Vendors Association of Nigeria in the N-Power programme.

This was revealed by the Minister of Labour and Employment, Dr Chris Ngige, in a statement signed by the Deputy Director, Press and Public Relations at the ministry, Charles Akpan.

Speaking while receiving members of the Federal Secretariat branch of the association, led by its chairman, Desmond Obiagwu, in his office, Ngige commended the vendors for being good citizens by choosing to earn a decent living through newspaper vending and shunning crime.

The minister said, “You are also helping government through your work. You have helped this ministry in labour administration, as newspaper marketing is part of information dissemination. Through your activity, we get information on brewing labour unrest, and we are able to nip it in the bud through conciliatory meetings.

“Government will enroll some of your members in the N-Power programme, a platform of government where Nigerians can access skills acquisition and development.”

The statement added that the chairman of the association seized the opportunity to congratulate the minister on his reappointment and wished him success in his assignment.

Obiagwu noted that the minister’s numerous achievements in the labour sector during his first tenure, including the approval of a new national minimum wage for workers, informed his reappointment by President Muhammadu Buhari.

Over three million Nigerians have lost about N18bn through Ponzi schem…