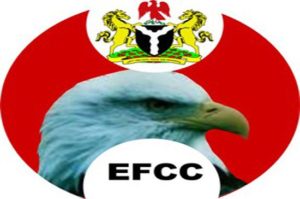 Those interrogated by the operatives of the Ilorin zonal office of the commission over the case include the Chairperson of Kwara Scholarship Board, Hajia Fatimoh Yusuf, Executive Secretary of the board, Fatai Lamidi and the Board’s Accountant, Stephen Ajewole among others.

As at the time of filing this report, the officials of the board are still being grilled by the operatives of the commission

It was gathered that the Kwara state government in 2017 and 2018 released the sum of one hundred and fifty million naira as bursary allowances for ten thousand students who are indigenes of the state in various tertiary institutions.

It was also gathered that the board did not pay up to 4000 students but allegedly fraudulently converted the remaining ones to personal use.

The petitioners who are students of some higher institutions of learning had alleged that their names appeared as beneficiaries of bursary allowances at the board but never received the money.

They claimed not to have been the original beneficiaries of the controversial bursary allowance despite their particulars on the scholarship board documents.

The officials of the board had earlier told the operatives of the anti-graft body that the students were issued cheques but the commission discovered that only few beneficiaries were given cash.