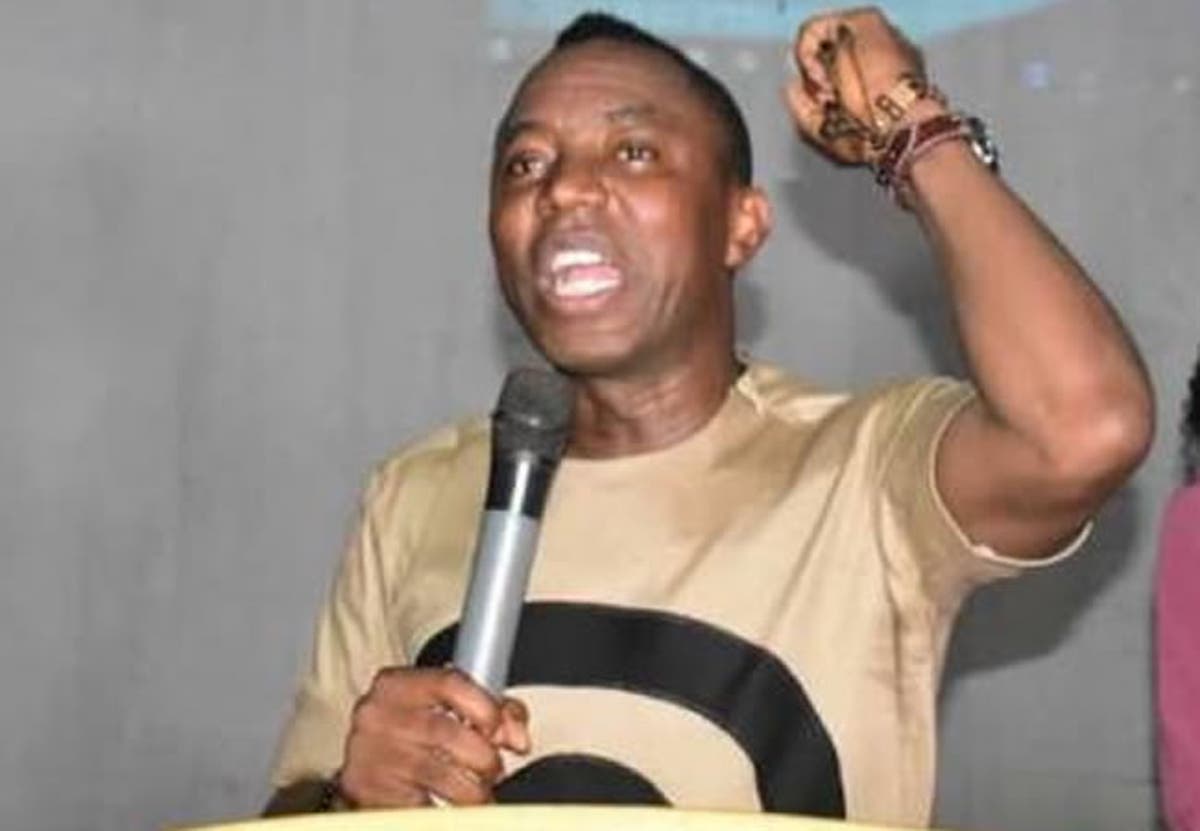 The Department of State Services has alleged in fresh papers filed before the Federal High Court in Abuja that the convener of #RevolutionNow protests, Omoyele Sowore, met with “foreign collaborators” in Dubai, the United Arab Emirates, and other countries on how to topple the Muhammadu Buhari government”.

DSS also alleged in the court document seen by our correspondent on Tuesday that Sowore received “millions of dollars” from the alleged collaborators to sponsor attacks in Nigeria with a view toppling the government and ensuring the release of the leader of the Islamic Movement in Nigeria, Ibraheem El-Zakzaky, from custody.

However, the identities of the alleged foreign collaborators, the details of the meetings and how much was allegedly taken by Sowore were not disclosed in the court document.

The DSS’ counter-affidavit was filed on August 16, 2019 in opposition to Sowore’s application challenging the August 8, 2019 order of Justice Taiwo Taiwo of the Federal High Court in Abuja permitting the agency to detain him for 45 days.

The court document read in part, “That the respondent held a series of meetings with some foreign collaborators outside Nigeria including Dubai where he was given millions of dollars to sponsor widespread attacks in Nigeria with a view to violently removing the President of the Federal Republic of Nigeria and freeing Ibraheem  El-Zakzaky.

“That in furtherance  of  the plans to violently free El-Zakzaky from lawful custody, the respondent held several meetings with a proscribed terrorist organisation, Islamic Movement in Nigeria where they strategised on how to carry out attacks to force the government to free El-Zakzaky.”

A DSS lawyer, Godwin Agbadua, who deposed to the counter-affidavit, also alleged that Sowore met with members of proscribed organisations, including the leader of  Indigenous People of Biafra, Nnamdi Kanu, to hatch a plot to topple Buhari and free El-Zakzaky.

The agency said Sowore was arrested “on reasonable suspicion of his involvement in terrorist activities” and “of having committed a capital offence”.

The counter-affidavit added, “That after a series of closed-door meetings with the duo in the United States, they addressed a press conference wherein they both stated their resolve to form an alliance against the Nigerian government. A Digital Video Display of the said press conference is annexed as exhibit SS1.”

The DSS said it needed more time to investigate the allegations against Sowore.

It added that upon the completion of the investigation “the case file will be forwarded to the Office of the Attorney General of the  Federation for advice and possible prosecution”.

Sowore, was arrested on August 5  by the DSS over his call for revolution ahead of the #RevolutionNow protests which held in some parts of the country.

The security agency on August 8 obtained an order of the Federal High Court in Abuja permitting it to keep the candidate of the African Action Congress for the February 23 presidential election for 45 days.

On August 9, Sowore, through his lawyer, Femi Falana (SAN), filed an application requesting the court to vacate the detention order on the grounds that it breached his fundamental rights and amounted to legalising the illegality of his detention.

Sowore,  who has maintained his innocence, has yet to file a response to the DSS counter-affidavit.

Meanwhile, the Federal High Court in Lagos on Tuesday ordered the DSS  and the Inspector-General of Police to appear before it on September 4 over  Sowore’s arrest.

In his ruling, Justice Nicholas Oweibo said the DSS and the IG must appear before him to give reasons why he should not order them to immediately and unconditionally release Sowore and others connected to the protests.

The ruling followed an ex parte application filed by a Lagos lawyer, Mr Olukoya Ogungbeje, on behalf of himself and others who participated in the #RevolutionNow protests.

Ogungbeje, who said he also participated in the #RevolutionNow protests but was not arrested, urged the court to declare as unconstitutional and illegal police clampdown of the protesters and  Sowore’s arrest by the DSS.

He urged the court to make an order for the immediate and unconditional release of those arrested and detained.