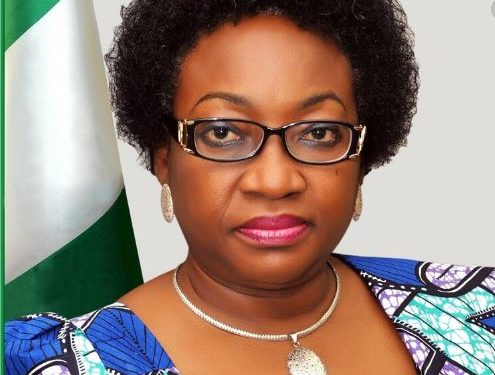 HEAD of the Civil Service of the Federation Winifred Ekanem Oyo-Ita is medically fit to undergo further interrogation as investigators deepen their probe into a N3 billion contract fraud.

Operatives of the Economic and Financial Crimes Commission (EFCC) have screened her phone chat and call logs following evidence obtained from her suspected collaborators.

She was allowed to go for treatment when she took ill during interrogation.

Oyo-Ita is being investigated, alongside some companies and some government officials, for alleged N3billion contract scandal.

But after more than a week in hospital, there were strong indications yesterday that Oyo-Ita may attend the inauguration of new ministers today.

It was learnt that Oyo-Ita has been certified medically fit to perform official functions after taking some days off duty.

With the development, she will be able to be at the series of interrogation sessions already laid out for her by the EFCC.

According to investigation, EFCC operatives have shifted the probe of Oyo-Ita to her call logs, text messages and chats.

It was learnt that detectives opted to analyse her phone because some of those interrogated actually presented electronic evidence of how she gave directives on some contracts and companies.

The affected government officials made the evidence available to prove that they only acted on instructions.

A top source, who spoke in confidence, said: “Detectives have screened her phone and they have stumbled on useful chats/ messages relating to the contracts under investigation.

“In some instances, there were specific directives she gave on some issues being probed. Those who received such directives have met with the investigating team. The affected government officials insisted that they followed her directives.

“We want her to get well to undergo more grilling sessions in EFCC in the light of the interactions we have had with some people.”

It was not immediately clear whether or not Oyo-Ita will be able to have a session with the President today.