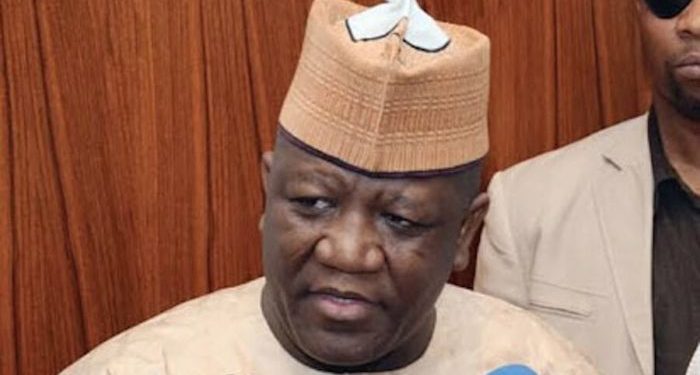 Federal High Court in Abuja has restrained the Independent Corrupt Practices and other related offences Commission (ICPC) and the Attorney General of the Federation (AGF) from seizing or interfering with the assets and properties belonging to former Zamfara State Governor Abdulazeez Yari.

Justice Taiwo Taiwo, in a ruling on Monday, in an ex-parte motion for interim injunctions, argued on Friday by Yari’s lawyer, Mahmud Magaji (SAN), also restrained the ICPC and AGF from interfering with Yari’s enjoyment of the rights enshrined in sections 34, 35, 37, 41 and 43 of the constitution.

Justice Taiwo also directed parties in the case to maintain status quo pending the hearing and determination of the substantive suit.

The judge said the orders made are to subsist pending the determination of the fundamental rights enforcement suit filed by the ex-governor.

Justice Taiwo, who on Friday granted the ICPC’s request to freeze Yari’s accounts  in Polaris and Zenith banks, said the orders made yesterday do not affect the earlier one relating to only accounts in the two banks.

The orders granted in the judge’s ruling on Monday are:

*an order of interim injunction restraining the respondents from unlawfully interfering with the applicants’ rights to Sections 34, 35, 37, 41 and 43 of the Constitution of the Federal Republic of Nigeria (as amended) until the hearing and determination of the substantive suit; and

*an order of this honourable court directing the parties to maintain status quo pending the hearing and determination of the substantive suit.

The ex-governor, in seeking the orders granted yesterday, stated that he has been subjected to various forms of intimidation, arrest and detention based on spurious allegations by some powerful elements of the All Progressives Congress (APC) against him to the agents of the 1st and 2nd respondents (AGF and ICPC).

“This witch-hunt is clearly politically-motivated, baseless and has been designed only to discredit and humiliate the applicant in a bid to decimate him politically and this court is statutory empowered to protect any violation against the applicant’s fundamental rights.

“The 1st and 2nd respondents are determined on a follow up attack upon the applicant and his family by the use of allegations of wrongdoing, which had been concocted against the applicant in 2019 immediately the Supreme Court decided all elected officials of the All Progressives Congress (APC) should step aside for the People’s Democratic Party (PDP) as an excuse to arrest the applicant and his wife and to arraign them on trumped-up charges,” Yari said.

My relationship with Buhari cordial – Saraki

FG to stop salaries of workers not on IPPIS