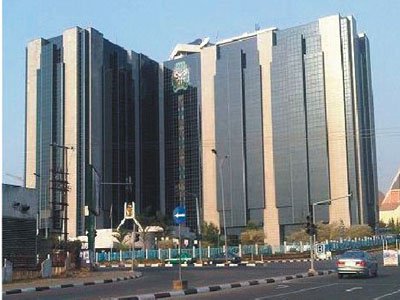 The Central Bank of Nigeria has recorded an oversubscription of N112.15bn on its last Treasury Bills auction.

The 364-day tenor witnessed the highest interests as it was oversubscribed by N102.88bn.

Nigerian dealers raised their secondary-market bids for one-year treasury bills to 14 per cent from 11 per cent last week.

The bid offer spread on the paper doubled to 200 basis points as some investors had bid for bills at 16 per cent on Friday, traders told Reuters.

Last week, the T-Bills market resumed its bearish trend on Wednesday after the two-day Sallah break.

The sell-offs by offshore investors persisted for the third consecutive week on the back of global growth concerns. As a result, average yield across the curve trended further northwards by 123 basis points week-on-week to settle at 13.9 per cent from 12.6 per cent the previous week.

The mid-tenor bills witnessed the highest jump in yields, advancing by 170bps, while the short-term and long-term bills increased by 135bps and 97bps, respectively.

On Thursday, the CBN conducted an Open Market Operation auction, offering a total of N150bn across the 85-day, 175-day and 364-day tenors.

Analysts at Afrinvest said, “We expect to see a moderation in the sell-offs by offshore investors, supported by increased issuance of OMO auction at more attractive rates.

“Consequently, we anticipate the customary mop-up exercise by the apex bank during the week as liquidity levels remain high along with the N208.6bn worth of T-Bills and OMO maturities expected to hit the financial system.”

Last week, the bearish trend in the bonds market was sustained as offshore players continued to exit positions.

According to analysts, the current trend within the bonds secondary market will persist as offshore investors continue to trade cautiously; more so, with the bond auction slated to hold on Wednesday.

Why BUA terminal was decommissioned, by NPA