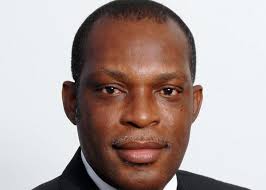 Its net earned premium rose by seven per cent to $52.6m from $49.2m, the company disclosed this during its sixth annual general meeting in Sierra Leone.

A breakdown of the premium income showed that Nigeria generated $19.03m, followed by Ghana that recorded $12.88m premium.

The Managing Director, WAICA Re, Mr Abiola Ekundayo, said, “There was a subdued gross premium growth of four per cent from $55.8m in 2017 to $58m in 2018, resulting from our decision to concentrate on profitable business and stop business dealings with some brokers who only add negatively to our debt ratio by not paying premiums.

“The growth was driven mainly by our Tunisian, Nigerian and Francophone markets which grew by 134 per cent, 52 per cent and 51 per cent in that order. Strong growth was also recorded in Sierra Leone with 50 per cent and Liberia with 33 per cent. There was, however, negative growth in our Ghanaian and our Diaspora markets, recording – six per cent and -39 per cent respectively.”

“Our new subsidiaries contributed just one per cent. Given that 2019 will be their first full year of operations, we expect a much more significant contribution from them by the end of the year as this is the beginning of bigger things to come.”

He said he believed the firm would rise to the occasion and make significant impact in 2019 and beyond.