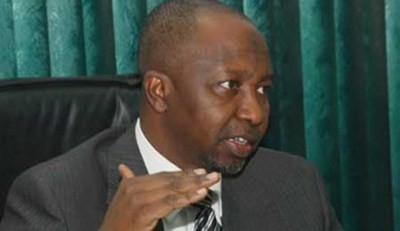 The National Insurance Commission has said that it will tackle the issue of rate-cutting on insurance premiums by operators in the industry and apply appropriate sanctions on perpetrators of the act.

The Commissioner for Insurance, Mohammed Kari, who said this at the National Insurance Conference of the Insurance Industry Consultative Council in Abuja on Tuesday, noted that the practice was injurious to the sector and that members of the insuring public were already expressing concern on this issue.

Kari said, “Rate-cutting is an issue of concern to us as regulators, and the insured are watching us. We have to intervene and bring an end to this problem in the industry.

“Clients are expressing doubt on the ability of the industry to pay claims because of rate-cutting.”

Rate-cutting occurs when an underwriting firm charges ridiculously low premium on a policy in a desperate move to get the business, a situation which can affect its ability to pay claims in the event of a major loss.

Kari said that the commission would no longer tolerate situations when some companies accept agreements and charge rates that were not beneficial to their firms and the economy.

He encouraged the industry to embrace self-regulation and not always wait for the regulator to regulate it before doing the right thing.

The Minister of Industry, Trade and Investment, Mr. Okechukwu Enelamah, expressed concern that the insurance companies were charging low premium even when they could encounter huge claims that could affect them.

He urged the operators to look out for what they could do for the industry to boost its growth, instead of waiting for the government to do everything for them.

The Chairman, Nigerian Insurers Association, Mr. Eddie Efekoha, said the body was trying to control the pricing of third party motor insurance with the use of the Nigerian Insurance Industry Database in a way that would prevent any company from selling the product below N5,000.

While expressing concern on what the minister said concerning rate-cutting and claims settlement, he noted that the association had sanctioned some members for misconduct in the past and that it would not hesitate to do the same again.