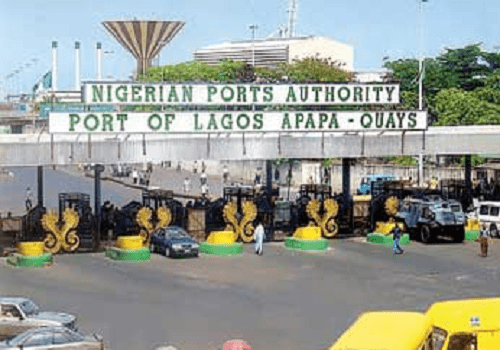 Maritime workers have announced plans to stage nationwide protests tomorrow (Tuesday) over what they term an amendment to the Nigerian Ports Authority Act.

The workers will stage the protests simultaneously in all the nation’s seaports. The protests are being jointly organised by the Maritime Workers Union of Nigeria and the Senior Staff Association of Communications, Transport and Corporations, Maritime Branch.

The unions said on Sunday that the decision to embark on the protests was because there had been no response to their letter, which they wrote to the National Assembly in June.

In the letter, the unions said they had expressed their opposition to the bill for the amendment of the Act.

The President General, MWUN, Mr. Adewale Adeyanju, said the workers would not allow politicians and their supporters to further strip the ports through the bill.

“When the bill was being debated, there was no invitation to critical stakeholders, especially during the public hearing. How can you be amending the Ports Act without taking the opinion of port workers? We are not going back on this (planned strike),” he said.

Already, the Ports and Harbours Authority Bill, 2015 seeking to repeal the Nigerian Ports Authority Act, 1955 as amended, has been passed by the Senate and is awaiting concurrent passage by the House of Representatives.

The bill was sponsored by a member of the House of Representatives, Nicholas Ossai.

He said, “We are mobilising our members in Lagos, Port Harcourt, Onne, Warri and Calabar for the demonstration. It will hold simultaneously in all the ports from 6am to 6pm on Tuesday.

“We are opposed to any attempt to further strip Nigerians of our patrimony through further concession in the guise of amending the NPA Act, 1955 as amended.

“The promoters of the bill are only after their personal interests and this is to give the harbour operations of the NPA to private individuals; whereas, all over the world, harbour operation is an exclusive duty of government because of the security implications and huge revenue generation.”

According to him, the proposed bill, if passed, has great security and revenue risks for the Federal Government and will lead to mass sacking of the NPA workers.

Akingboye added, “We have carefully perused the bill and the existing NPA Act of 1955 as amended and we cannot see any deficiency in the present NPA Act that warranted the bill, except for the latent intention of its promoters to corner for themselves harbour operation, which is a major revenue earner for the NPA and by extension the Federal Government, without taking into consideration the security implications for the country and the havoc it will cause to the workforce as it was previously done during the concession exercise.

“Government should avoid the same mistake of the port concession of 2006, which led to the sacking of 12,000 NPA workers.”

While analysing the bill, Akingboye said, “The provision of item 6 in the second schedule of the bill provides that every worker of the NPA would not be absolved in the Ports and Harbours Authority. No provision was made for what fate would befall those workers that would be affected, including how and who pays their terminal benefits.

Lagos floods cause power outage in Lekki, VI, others