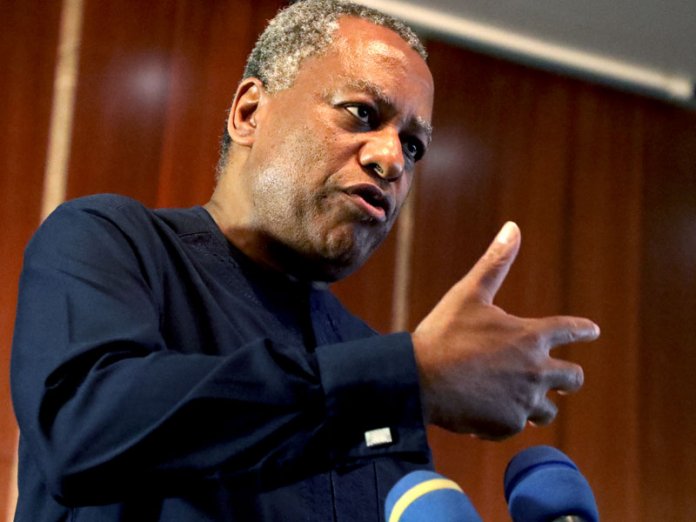 The federal government has demanded an urgent action from Ghana over the attack on the Nigerian High Commission in Accra, the Ghanaian capital.

Armed men had invaded the commission in Accra to supervise the demolition of a building under construction by the high commission.

The attack violates the Vienna Convention on Diplomatic Relations whose Article 22 regards the premises of a diplomatic mission, such as an embassy, as inviolable and that must not be entered by the host country except by permission of the head of the mission.

But in a tweet yesterday, the Minister of Foreign Affairs, Mr. Geoffrey Onyeama, said those responsible for the attack must be brought to book immediately.

According to him, the Nigerian government is currently engaging with the Ghanaian authorities over the incident.

“We strongly condemn two outrageous criminal attacks in Accra, #Ghana, on a residential building in our diplomatic premises by unknown persons in which a bulldozer was used to demolish the building.

“We are engaging the Ghanaian Government and demand urgent action to find the perpetrators and provide adequate protection for Nigerians and their property in Ghana,” the minister tweeted.

The incident came five months after the Ministry of Foreign Affairs denied reports that the Nigerian Commission in Ghana had been evicted in Accra.

In a statement, spokesperson of the ministry, Mr. Ferdinand Nwonye, had said there was no “diplomatic row between Nigeria and the Republic of Ghana.”

Nwonye had said though the lease of the property on No.10 Barnes Road, Accra, had expired, the high commission was exploring the possibility of renewing the agreement with the host authorities.
However, the Ghanaian Ministry of Foreign Affairs and Regional Integration has condemned the demolition and vowed to bring the perpetrators to book.

In a statement, the ministry promised to bring the perpetrators to book because the demolition breached the Vienna Convention of Diplomatic Relations.

The statement read in part, “It has come to the attention of the Ministry of Foreign Affairs and Regional Integration that unidentified individuals had allegedly breached the premises of the Nigerian High Commission in Accra and demolished its property under construction around 10.30a.m., on Friday, June 19, 2020.

“Accordingly, investigations are ongoing to unravel the facts of the matter and bring the perpetrators to book. Meanwhile, the government of Ghana has beefed up security at the said facility and the situation is under control.”

The Ghanaian government, while expressing regrets over the incident, assured the diplomatic community in Ghana and the Nigerian High Commission that Ghana remains a law-abiding country that upholds the principle of the rule of law.