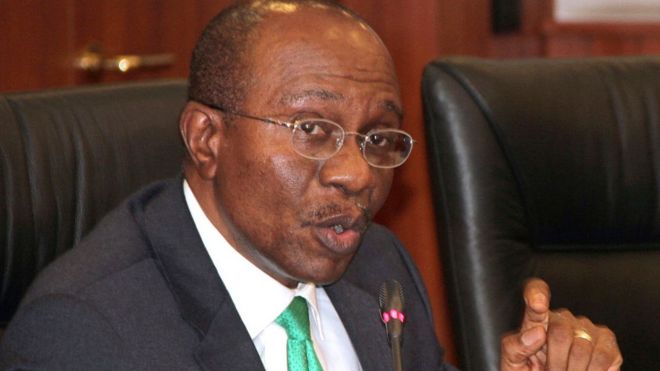 Between March and November this year, the country’s external reserves dropped by $4.99bn from $44.79bn to $39.8bn, the Central Bank of Nigeria has said.

The $4.99bn according to data obtained from the CBN represents a decline of 10.65 per cent.

Foreign exchange reserves are assets held in reserve by a monetary authority in foreign currencies. These reserves are used to back liabilities and influence monetary policy.

These assets serve many purposes but are most significantly held to ensure that a government or its agency has backup funds if their national currency rapidly devalues.

In recent times, the nation’s external reserves have been on a decline owing to the drop in oil receipts and the intervention of the CBN in the foreign exchange market.

However, between October and November, the CBN data showed that the reserves witnessed a rebound of $160m from $39.64bn to $39.8bn.

The CBN Governor, Mr Godwin Emefiele, had last week when asked to speak on the decline in the  foreign exchange reserves to less than $40bn, said the drop should not call for panic.

He said the bank would continue to sustain its intervention in the foreign exchange market despite the drop in external reserves.

Emefiele had said, “If during the period of recession in 2015 to 2017 reserves dropped as low as $23bn and yet we still managed our position and we were able to get out of the situation; we are saying now that at even below $40bn, our threshold is still very high.

“We will never have any fears and there is no need for anybody to worry.”

He said that with crude oil selling at a price of about $63   per barrel, the drop in reserves to less than $40bn was not enough reason for panic.

He said that despite the drop in foreign exchange reserves, the apex bank policy of sustaining the naira would continue.