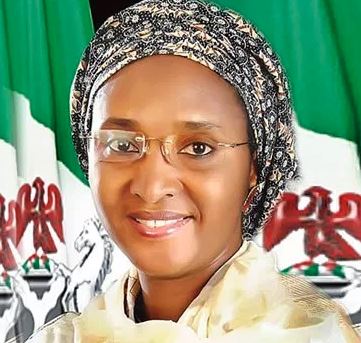 THE World Bank and Nigeria are in talks for about $2.5 billion in a new tranche of concessionary lending to Nigeria, the bank’s Vice President for Africa, Hafez Ghanem, has said.

In the past year Nigeria received $2.4 billion from the World Bank, Ghanem said in an interview in Abuja, on Thursday. “We’re talking about a new set of programs of about the same amount, it should be around $2.5 billion,” he told Bloomberg..

Faced with revenue shortfalls as the output and price of oil, Nigeria’s main export, fell in the past five years, President Muhammadu Buhari’s administration has increased borrowing to finance government spending, with domestic debt at $55.6 billion and foreign loans at $25.6 billion.

To ease the mounting debt burden, Nigeria has sought more credit with low interest and long repayment periods from institutions including the World Bank and the African Development Bank.

Nigeria, which vies with South Africa for Africa’s biggest economy, has made a sluggish recovery since a 2016 contraction, with gross domestic product expanding only 1.9 per cent in the three months through June, slowing for the third consecutive quarter. The World Bank in April lowered its 2019 growth forecast for Nigeria to 2.1 per cent from 2.2 per cent..

“The current economic performance of Nigeria is not enough to reduce poverty,” said Ghanem. “We need to accelerate growth,” saying the World Bank’s focus in Nigeria is to lift about 100 million Nigerians, half of the population, out of poverty, with special emphasis on women’s education, expanding digital opportunities and solving a power crisis that hobbles economic activities.

“It’s important to resolve the problems of the power sector in Nigeria to bring in more investments,” he said. “Because you need to bring down the cost of power to make the economy more competitive for the development of industries.”

The World Bank is supporting digital transformation in Nigeria because of its potential ability to transform other areas of the economy including industry, agriculture and services, according to Ghanem.

“Nigeria has a comparative advantage in that area because of the youth, a majority of the population is young,” he said. “So if we want to create jobs, we need to invest much more in the digital economy,” he said