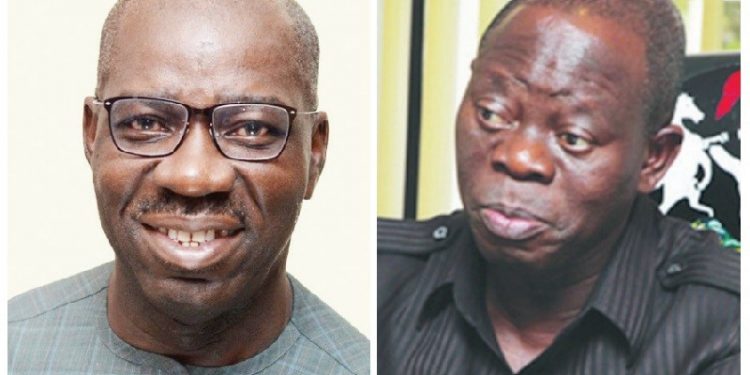 A former Political Adviser to Comrade Adams Oshiomhole, Mr. Charles Idahosa, has said that Governor Godwin Obaseki would win re-election in 2020 even without the support of Oshiomhole.

Idahosa said Governor Obaseki has won the heart of the people through infrastructural projects that cut across the state and bringing sanity to governance.

Speaking in a chat with newsmen in Benin City, Idahosa said the quarrel between Oshiomhole and Obaseki would be difficult to settle because it emanated from envy and jealousy.

Idahosa stated that Oshiomhole was being intimidated by the records of Obaseki’s achievements.

He said Obaseki has performed 85 percent in three years against Oshiomhole’s 45 percent performance in eight years.

“The main issue between Oshiomhole and Obaseki has not been brought to the fore. We know they are busy working underground to stop Obaseki but nobody can stop Obaseki from having his eight years.

“Obaseki’s record is so intimidating. Oshiomhole wants to be the lone star in the state. The truth is that Oshiomhole is envious and jealous of Obaseki..”