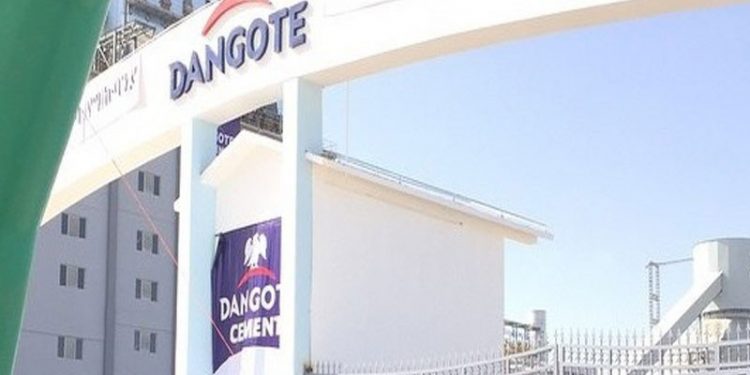 About 21,000 customers have benefited from the Dangote Cement “Bag of Goodies” promo, the Group Managing Director of Dangote Industries Limited, Mr. Olakunle Alake, has said.

Presenting the star prize – a new car – and other prizes to the winners, Alake said the company holds its consumers in high regard hence, the need to reward them through the promo.

According to him, the company values its customers and would continue to engage them at all levels and ensure they are rewarded for their patronage.

“We recognise that things are tough and we tend to ameliorate these challenges by trying to appreciate our customers directly. It is something we have done before; this is just bigger than the others,” Alake said.

Dangote Cement Marketing Director Mrs. Funmi Sanni said the promo had produced several winners in the last few weeks. “We have touched over three million consumers through this promo.

“We have recorded many car prize winners. We believe their lives are changing by what they have been able to get through this promo,” she added.

Sanni said the promo would continue until the end of September, adding that the company would extend the redemption period to enable all who got winning cards  to claim their prizes. A 40-year-old civil engineer, working with a contractor in Lagos, Mr. Titus Adesola Jegede, won the saloon car star prize.

Jegede said he got hold of the winning card from a trailer load of cement, which his company bought for a building project in Lagos. According to him, “We have a construction project at hand, which required a trailer load of cement. As the work was going on, I saw the workers recharging their phones with the cards they got from the cement bags.

“I went to them to beg for one to recharge my phone. So, they handed one to me. Luckily for me, I saw a car, instead of a recharge card.”

The star prize winner said he had bought two extra trailer loads of Dangote Cement since winning the car. “I am a Dangote Cement Ambassador. I love the product and I will continue to patronize Dangote Cement,” he added.

Jegede, who sold his car few months back, said he intended giving the car to the construction company, which he works for.

According to him, the company actually bought the cement to carry out a construction project. “I did not buy the cement with my money. I was only lucky to be the one who got the star prize card. I am going to give the car to my company,” he said.

The company also gave out 13 refrigerators, 11 plasma television sets, one motor cycle, and one tricycle to lucky winners at the event held in Lagos on Monday.