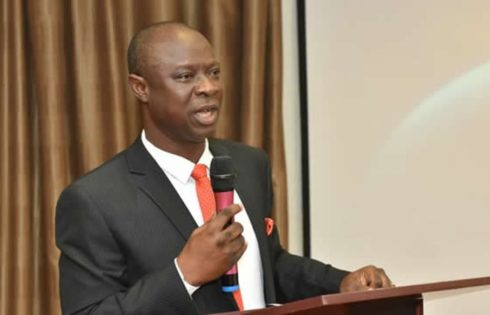 The Nigeria Employers’ Consultative Association has urged the Federal Government to begin the payment of the national minimum wage to junior workers and those in the low income category while negotiations on consequential salary adjustments are ongoing.

Director-General, NECA, Mr Timothy Olawale, made the plea in an exclusive interview with our correspondent.

He urged the labour union and the government to come to a compromise and reach a middle ground on the minimum wage negotiations so that the people on the lower rung of the ladder would not suffer.

Olawale said, “If the two parties cannot reach a decision, the government should go ahead and implement minimum wage payment to junior staff. Then, whenever they reach an agreement, the difference can be paid to those concerned.

“Even the Bible says delayed expectation makes the heart weary. God forbid, some of them may start losing their lives because of the difficulty in surviving the harsh economy.

On the consequential salary adjustment, the government had agreed on nine per cent but labour is said to be demanding 24 per cent.

The Nigeria Labour Congress had earlier warned that the government could no longer hide under protracted negotiations with workers in the public sector for consequential salary adjustment to delay the implementation of the new national minimum wage.

However, the President of NLC, Ayuba Wabba, recently said the NLC would abide by the negotiating council’s decision.

Olawale advised the parties to be a bit more flexible in their positions on the matter.

He said, “NECA is advising the two parties that negotiation can only succeed when there is a spirit of give and take. In other words, you must not be stuck in your position; you must move and make concessions here and there, especially because of those workers on the lower rung of the career ladder who have been expecting this minimum wage for the past two years.

“The minimum wage was signed into law since April and we are now in September. I think common sense should prevail on both parties to meet at a point and ensure that they implement, especially for the sake of the junior workers and for senior staff.”

He said if the situation degenerated into industrial crises, everyone would suffer.

Enugu Airport will be ready before Easter, Sirika