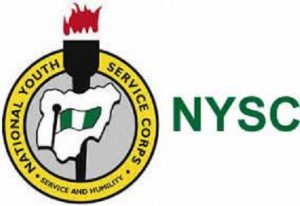 The National Youth Service Corps has disclosed that it has nabbed 50 unqualified graduates who attempted to register in the Batch B Stream II exercise with fake certificates at the orientation camps across the country.

The NYSC confirmed on Friday that the fake graduates, from various tertiary institutions, had been handed over to the police for prosecution.

The NYSC said the verification of the credentials of all corps members was on in the 37 orientation camps across the country, warning that unqualified graduates would not just be fished out but duly prosecuted.

The PUNCH had reported exclusively on Monday that no fewer than 25 prospective NYSC members were apprehended by the scheme.

However, the NYSC Director of Press and Public Relations, Mrs Adenike Adeyemi, confirmed on Friday that over 50 fake graduates had now been arrested across the orientation camps and handed over to the police.

Adeyemi, in a statement, noted that the NYSC Director-General, Brig Gen Shuaibu Ibrahim, warned that those not qualified would no longer pass through the scheme.

She said, “The NYSC is committed to stemming the tide of fraudulent mobilisation of unqualified home-based and foreign-trained Nigerians, especially those purported to have graduated from unaccredited universities in the West African sub-region.

“The verification of credentials of all corps members currently in the 37 orientation camps across the country is still ongoing. As of date, over 50 unqualified graduates from different institutions of higher learning have been decamped from the 2019 Batch B Stream II NYSC Orientation Camps and handed over to law enforcement agencies for prosecution

Also in Taraba State, the NYSC caught six fake corps members; three of the suspects were identified as Nasiru Yau, Shehu Mukhtar and Illiyasu Usman. They all claimed to have finished from the Isfop University of Cotonou in the Republic of Benin.