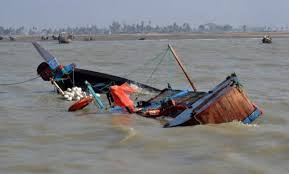 Thirteen persons have been rescued and two are still missing in a boat accident that occurred at Irewe in Ojo on Tuesday night, the Lagos State Emergency Management Agency (LASEMA) said yesterday.

The accident, which occurred around 6:30pm after a collision between two speedboats, left three passengers dead.

According to reports, one of the boats conveying 10 passengers was coming from the jetty, while the other one with eight passengers was from Irewe community inward the jetty.

A statement by LASEMA  said search and rescue were  ongoing, while those rescued were receiving medical attention.

“Information was gathered from  the Chairman, Ojo Local Council Development Area, the Baale, Jagun of Ijanikin and Mr Nurudeen Oyefolu (an official of the local council living at Irewe) that the boat accident was caused by overspeeding and recklessness on the part of the operators

“The Director General of LASEMA, Dr. Olufemi Oke-Osanyintolu, said further investigations will be thoroughly carried out by stakeholders, adding that those found wanting will be sanctioned.”